Get into these 7 cars on the ground floor – before prices rise!

Home » Get into these 7 cars on the ground floor – before prices rise!

If you’re in the market for something that won’t leave you upside down, Hagerty has the data to indicate what’s most likely to appreciate down the
road. Relying on specific metrics—insurance quote data, the frequency in which cars are added to policies, auction activity, and more—to get a sense of when prices for certain cars are about to climb. Here’s the list of seven cars right now that could be on the verge of turning a corner. 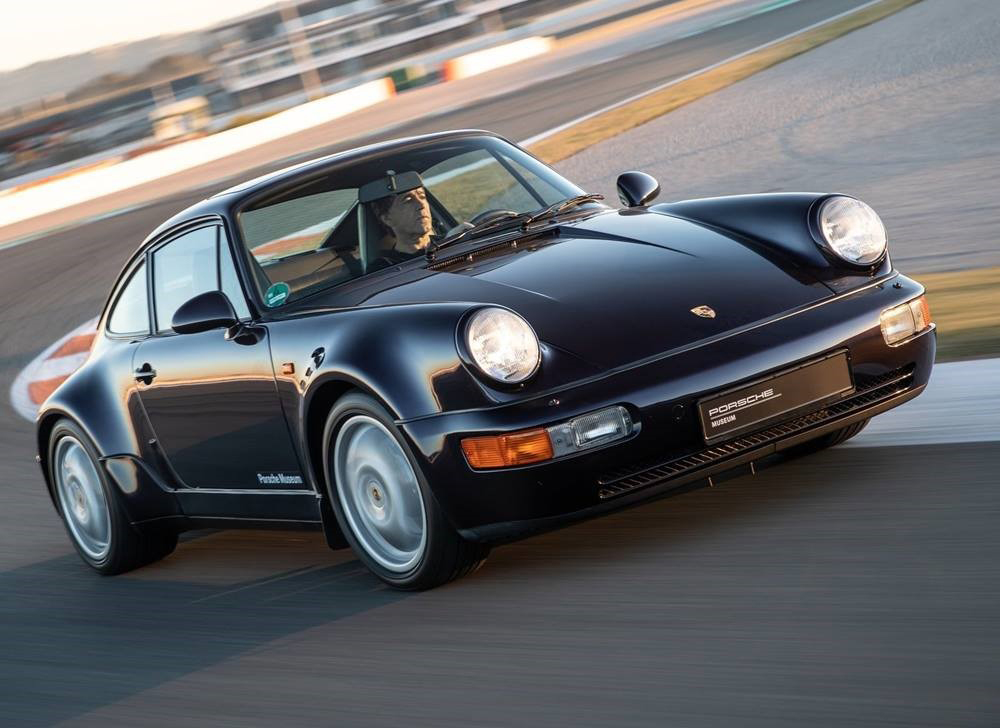 Things are looking great for the 964-generation 911. This car is kind of a middle child between the original “classic” 911 before it and the significantly better 993 that came after it. (The 993 also lays claim to being the last of Porsche’s air-cooled cars.) Nevertheless, a lot of people consider the 964 extremely desirable because they have a lot of old-school Porsche in them without being truly old. Singer Vehicle Design works exclusively on the 964 generation of the 911 for that very reason. Insurance quotes are up 11.9 percent over the past year, they continue to garner positive results at auction, and even with Porsche’s water-cooled cars gaining traction, the 964 still has healthy room to grow. At the moment, the average 964 Carrera 4 in #3 (Good) condition costs about $42,300. 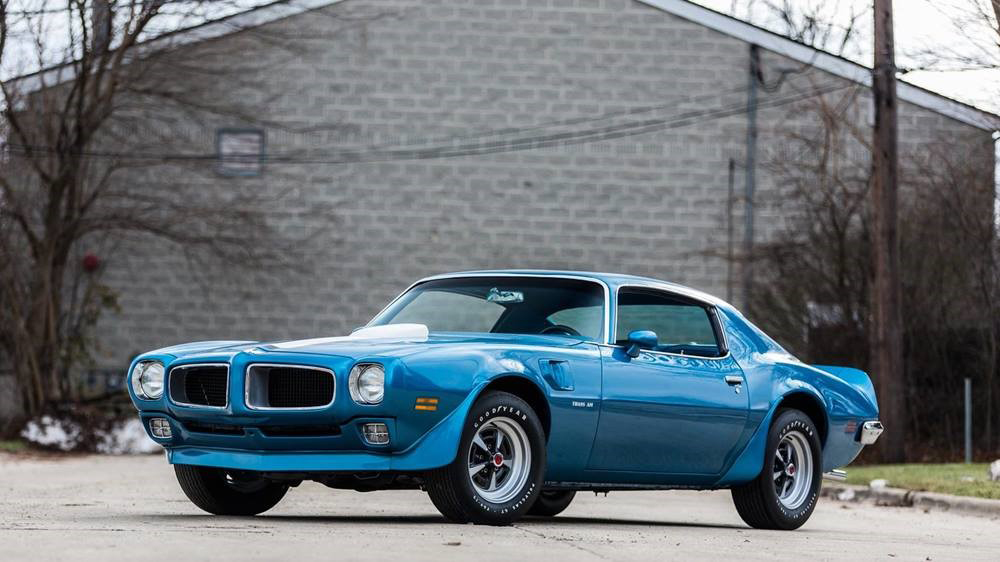 At least as far as styling, many would contend that the Trans Am really hit its stride in the ‘70s. Obviously its role in Smokey and the Bandit helped, but there are plenty of other non-Bandit T/As worth sampling. Muscle car fans also love the ‘73 and ‘74 455 Super Duty, with its surprisingly emissions-legal 290 hp. High auction activity can be a strong indicator that interest is on the rise. At auction, the 12-month average sale price for the Trans Am is up 38 percent compared to a year ago, and 57 percent more cars were offered in the last 12 months than the year prior. Prices for the 1979 10th Anniversary and 1979 Special Editions were up an average 5-10 percent, but everything else is treading water, which means the T/A could be on the verge of a jump. 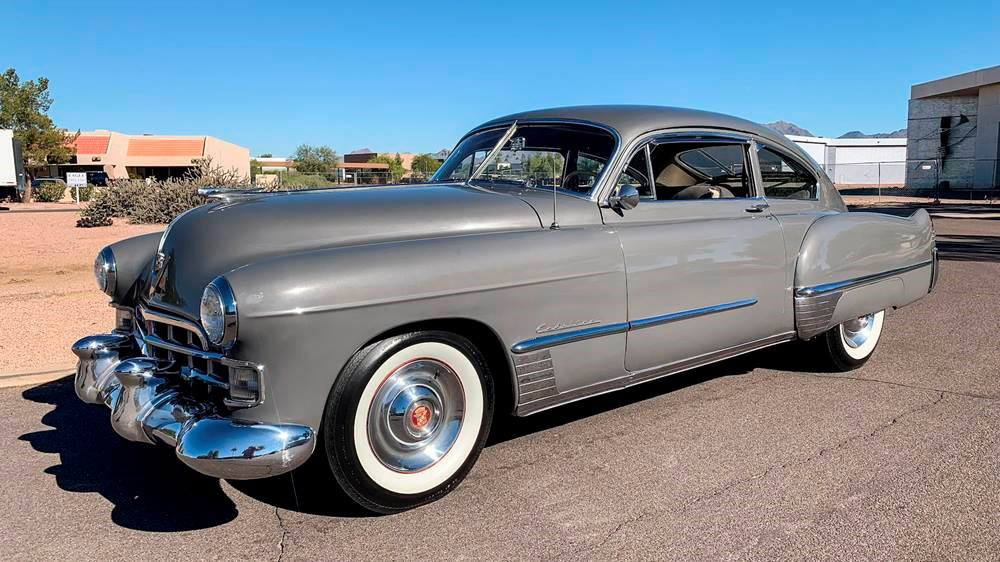 Extremely positive insurance quote data is what has the Series 62 high on our radar, with 36 percent more insurance quotes compared to the prior year. The action in pricing is a mixed bag; Club Coupes and Coupes saw their median values climb 16.5 percent, but convertibles dropped 6.50 percent. As editor-at-large Aaron Robinson puts it, there’s something special about these old Caddys: “They have a kind of 50-mph grace, an unhurried dignity supplied by generous wear-your-fedora dimensions, teardrop lines, and big, low-stress engines that were meant to be felt but not heard… The ’49 is like a modern car in that you pull the long column selector into “D” and just forget about it.”

Although things look good for the Series 62, don’t expect to get rich off these cars. Convertibles have a #2-condition (Excellent) value of around 70 grand or more, which puts them out of reach for many buyers, and most coupes and club coupes are fairly expensive at high $20,000s to mid-$40,000s for an Excellent car. There may be some room for growth especially for hardtops, but there isn’t a ton, and this car is likely an outlier in a wider trend of early post-war domestic cars fading. 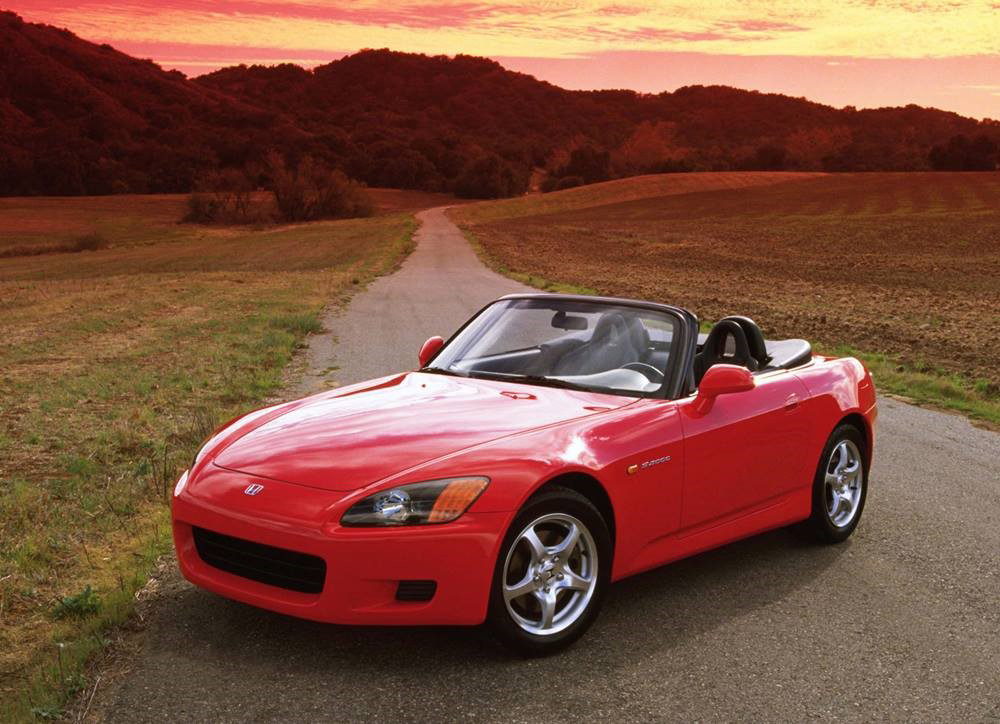 Most Honda fans consider the ‘90s and early 2000s an exceptional period for the Japanese brand’s performance cars, and the S2000 is one of the true gems of this era. With a screaming redline, razor-sharp handling, subtle styling, and Honda reliability, these roadsters are in high demand. Prices are up 4.4 percent since we last updated the data a few months ago, and the number of insurance quotes has increased 55 percent over the past year. The S2000 is popular across a wide swath of demographics, with an encouragingly even mix of Boomer (31.2 percent), Millennial (37.4 percent) and Gen X (28.2 percent). With an average #2-condition (Excellent) value of $25,000, they’re still solidly in affordable territory and there’s room for growth for good, low-mile, unmodified examples. 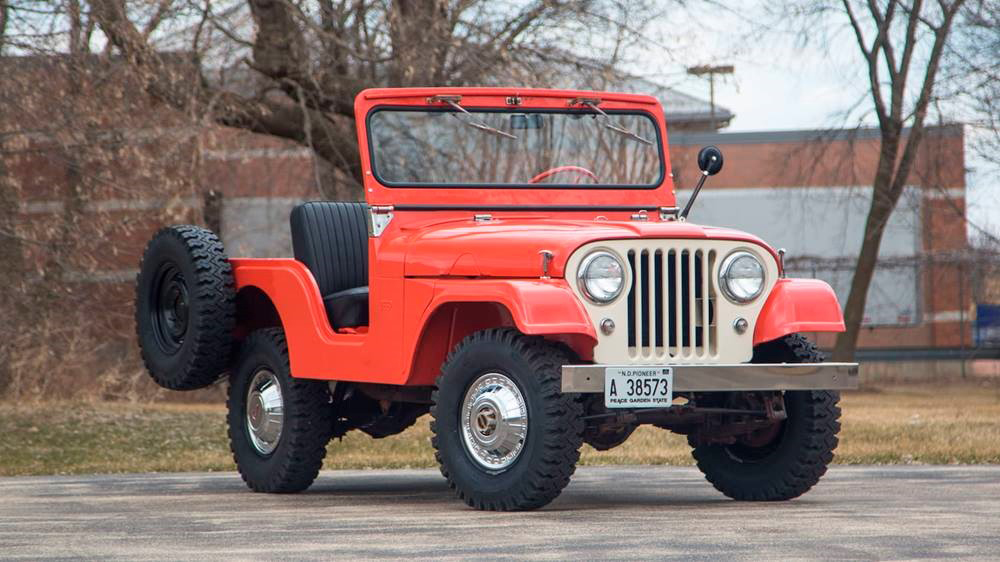 For a long-lived, bare-bones Jeep CJ-5, average sale price on the private market is up 7 percent from a year ago and 66 percent more vehicles are changing hands on the private market. Insurance quote count is up 7.8 percent from a year ago, and prices have been steadily creeping up for a decade. The growth started ramping up last year before cooling off in the last few months, but there’s still room for upward mobility. There’s a wide variety of CJ-5s to choose from, but most #2-condition (Excellent) values are in the high teens or low $20,000s, so they’re still very much in the affordable camp. The CJ-5 is the civilian-spec of the military Jeep, but it still offers an analog experience, which a lot of people find refreshing. Early engines were an inlinefour and a V-6, but when AMC came into the picture in early 1970, it carved the path for a pair of V-8s to arrive in 1972. That also brought the Renegade package in 1973, along with several other special editions and trims. 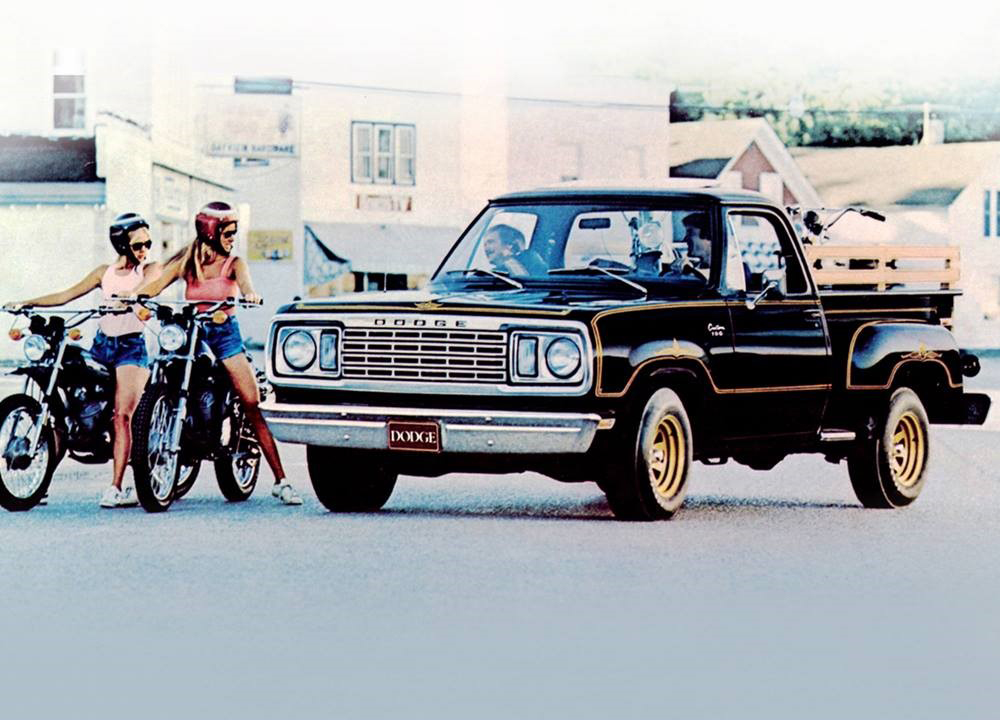 For the third generation of the D/W trucks, Dodge rounded off the look, added an independent front suspension, and made history with the advent of the extended-cab body style (Club Cab) in 1973. And following in the footsteps of the delightful Dodge Dude, the D/W continued its sense of humor and offered the Warlock as well as the Li’l Red Express during its third generation. Prices for these trucks have been flat for three years, but insurance quotes continue to rise, so they seem overdue for a bump. Quote count is up 25.5 percent compared to a year ago, and Hagerty added 46.6 percent more D/W trucks to policies in the last year than the year prior. On the private market, these trucks are selling for above their insured value at a higher rate than the previous year. 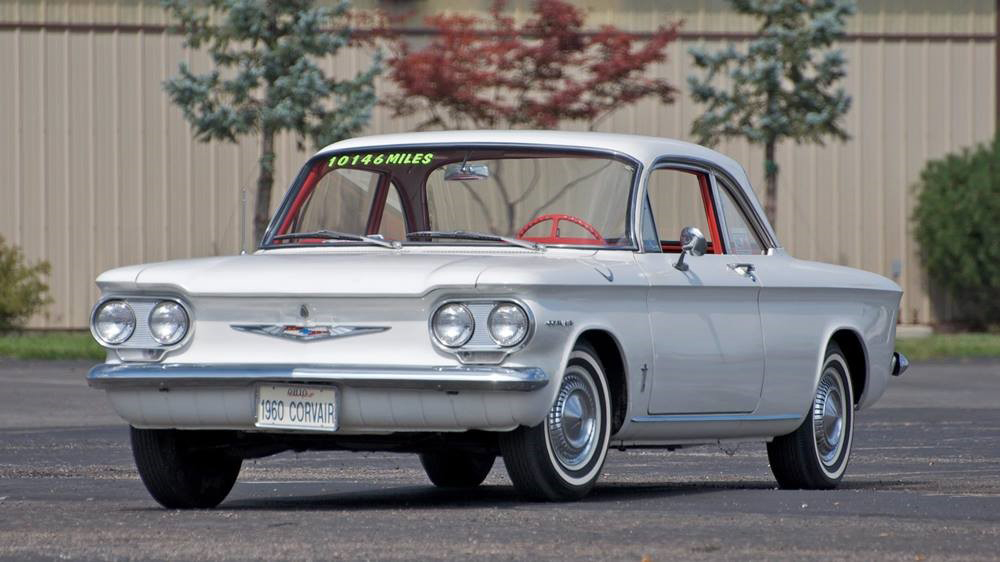 We’ve sounded off many times that we think the Corvair gets a bad rap, and associate editor Kyle Smith is damn happy with his. The rear-engine Chevys are innovative, stylish, and a little quirky, if not a clear example of how GM was more concerned with aping the success of the Beetle than seeing the obvious advantages of a front-engine, front-drive economy cars like the Mini. Still, Corvairs are in general way undervalued. The Corvair’s bright prospects are mostly driven by insurance quote data. Quote count is up 15.9 percent over the past year. Prices are essentially stagnant, but with even the best-in-the-world values at barely 20 grand ($20,200 for a 1964 Monza Spyder, all others below $20K), it’s hard to see them going any direction but up. Average #2-condition (Excellent) value across all the first-gen Corvairs is just $9300. You could also make the argument that the Nader stigma isn’t necessarily moving onto younger buyers.

Enter your email below and we'll keep you posted. You can unsubscribe at anytime, of course.

BIG Agency is an independent insurance agency offering a comprehensive suite of insurance solutions to protect you from the unexpected throughout Milford, Miami Township, Loveland, and the Greater Cincinnati area including Ohio, Kentucky, and Indiana.